Mental health is at the core of our humanityAntónio Guterres, UN Secretary General

These questions are both fundamental in nature, but ones we take for granted. The answer is surely: to educate, right?

Even if the answer is that simple though (and it arguably isn’t), then one still finds themselves in a rabbit hole of further interrogation. What is education? The acquisition of knowledge? The development of intellectual processes: analysis, synthesis, critical thinking? The fostering of creativity?

Or does ‘education’ go even further than purely ‘cognitive’ development? Does education really mean the preparation of people to live in the world effectively, healthily and happily, as contributing members of society? How holistic is the responsibility of educators?

These are questions that teachers and teaching institutions need to be asking themselves on a regular basis.

All too often, this conceptual level thinking is left to policy makers and politics, when in reality all teachers have a responsibility to think about what teaching means to them, and how it affects their practice.

There isn’t merely the issue of what moral duties educators have to the children they educate. Regardless of whether a school is public or private in nature, whether the funding is commercially driven or raised from tax-payers, school administrators are under pressure to justify their practices – to deliver measurable, tangible results.

Increasingly, that means far more than mere exam result figures. Parents, local authorities and the students themselves want to see how their education is contributing to their overall wellbeing, both in the short and long term.

This means that the forms of ‘value’ sought can range across metrics relating to elements such as immediate happiness, access to extracurricular opportunity and experience, truancy, crime offence rates and physical health; through to long term concepts such as employability prospects, future earnings and overall life satisfaction.

And among all of these metrics and components, there is an increasing focus – and rightly so – on concepts of student mental health. Mental health in schools is gradually being recognised as a key factor of importance in its own right, but also one that has knock-on effects for a multitude of other areas within education; learning and achievement, behaviour, interpersonal relationships with peers and family, drug use, crime, happiness and wellbeing, and physical health. Mental health is both an issue in itself, but a foundational cornerstone of nearly every other educational element also.

More than ever we need to take care of our mental health - for without mental health, there’s no happiness and wellbeing.Yen-Lu Chow, Executive Chairman, WholeTree Foundation

However, despite increasing recognition of the importance of mental health in schools, there is still general acknowledgement that the issue is not being addressed in an optimal way at either the primary or high school level. Research on mental health in schools suggests that this leads to sub-optimum outcomes for students not only during their school years, but across the full extent of their lifetime.

How big an issue is mental health for students really? A study by Kessler et al suggests that one in five children and youth have a diagnosable emotional, behavioural or mental health disorder, whilst one in ten students will be affected by their mental health to a degree that directly impairs their functioning at home, in school, or within the wider community. 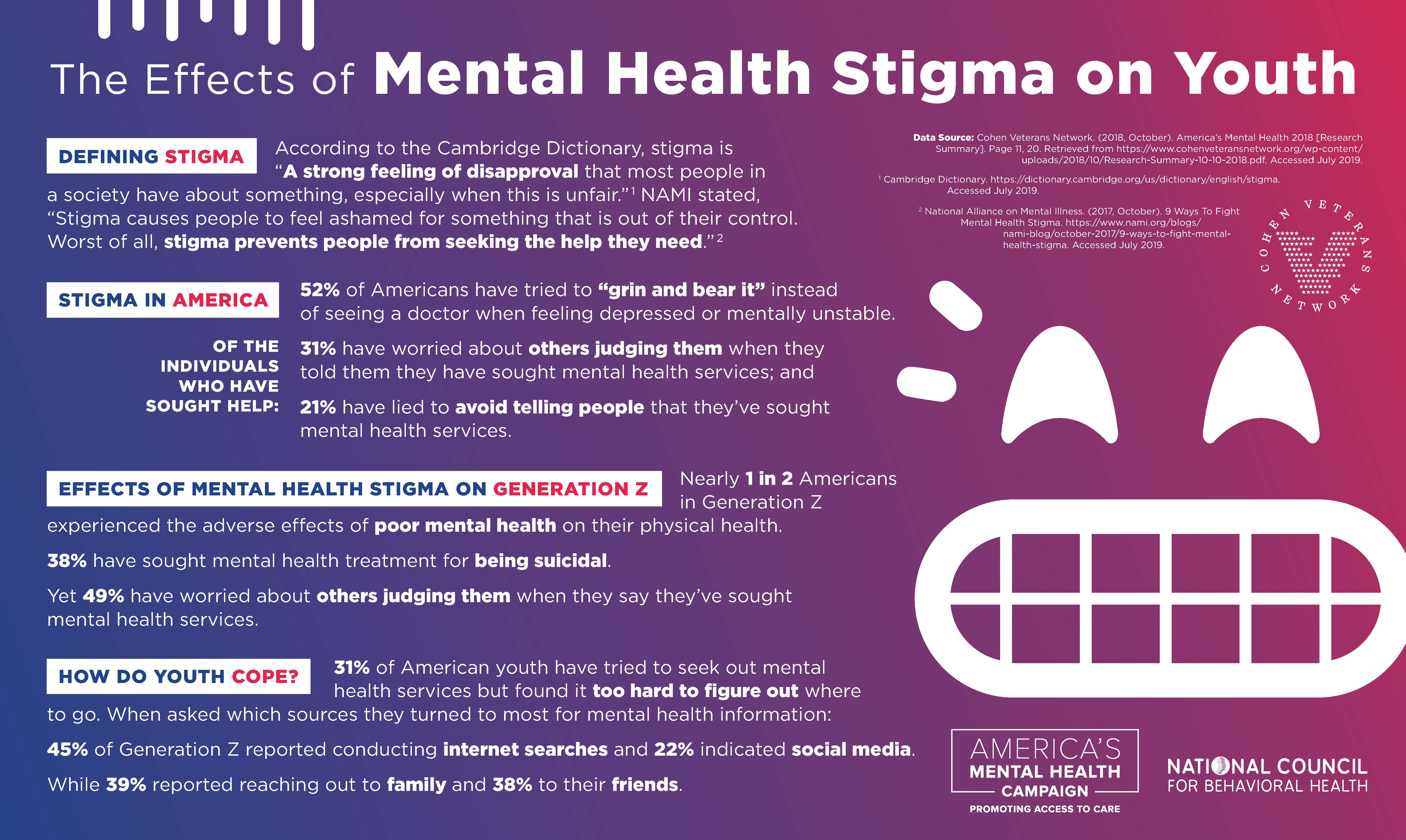 But despite the significance of this impact – and its prevalence – some estimates suggest that as many as 80% of students fail to receive the mental health support they need. This results in the highest level of dropout rates for any disability group, not to mention the fact that it means many future adults will never manage to develop the effective coping strategies they need in later life.

So what exactly does research on mental health in schools suggest is currently a barrier to it being addressed effectively?

On a general level, a report by the National Council suggests that:

In relation to teenagers specifically, 38% of the teenagers included in the research had sought help for suicidal thoughts, but 49% of these young people were concerned about being judged for doing so.

The first step to addressing a lack of mental health provision in schools is to normalise talking about it, which means both providing structures for access that are open and de-stigmatised, but also introducing elements of mental health education for students into the curriculum.

The National Alliance on Mental Illness identifies that 31% of students found it simply too hard to figure out where they could access mental health support, which is unsurprising when the NASSP identified that in the 2014–15 school year, there was one school counselor for every 482 students, nearly double the recommended ratio forwarded by the American School Counseling Association.

The U.S. Department of Education Office for Civil Rights indicates that one in five high schools lack a school counsellor, with many schools having to share almost all of their pastoral care support staff through their school district.

These facts are in turn hardly a surprise when the funding structures for US mental health support in schools are considered. The NASSP identifies that in 2009, there was roughly $800 million of federal support for mental health problems, but in 2017 Congress only granted one quarter of it’s authorised $1.65 million budget for ‘Every Student Succeeds Act’, dropping funding to just $400 million.

There might therefore be increased recognition of mental health issues for students, but it seems there is less financial support. With the current economic crisis that faces the globe, it seems safe to assume that this is only likely to decrease further. Strategies for effective mental health support are going to need to identify how to do more with less.

Much of what does exist in relation to mental health support for students stems from the physical presence of a school counselor. But this year, the sweeping changes that social distancing have brought mean that not only are students now not able to physically access the limited resources previously available, but they have also been faced with entirely novel, challenging circumstances which have had an identifiable impact on mental health for the entire population, and not merely students.

There’s never been a more important time to address mental health in schools as students across the world face unprecedented challenges. Most are coping remarkably well, but increasing numbers are finding the combination of Covid-19 related stress added to the normal rigours of adolescence simply too much to handle. As educators and pastoral leaders, it is our responsibility to do all we can to support the young people in our care. Now, more than ever.Greg Holden, Head of 6th Form. Marlborough College Malaysia

This suggests that the existing infrastructure for mental health support in schools – physically grounded as it is – will be insufficient to support a new distance-based learning paradigm, and a social environment where there is much greater social isolation, and increasing dependence on social media and technology (which itself is another identified element contributing to the changing paradigm of mental health in teenagers).

What schools should be doing

The evidence is clear: mental health should be considered as an intrinsic component of educational policy and individual practice, but currently there is simply a lack of mental health services in schools – be this due to a lack of awareness, a lack of funding, a lack of knowledge or a failure to deploy coherent strategy

This means that teachers and educational institutions have a responsibility to interrogate themselves on the following questions:

At Task, we’re committed to supporting schools as they work through these questions, providing guidance and ongoing support as schools seek to develop their own strategies on both primary and high school mental health for students.

The Task platform allows teachers to connect with their students, providing valuable insight into their health and mental wellbeing and ensuring they are alerted to any potential issues that need addressing.

If you would like to talk about how your could be tracking mental health in your school or organisation, click the button to get in touch: