NFTs - How can you digitise your next major gift?

Here's what we'll be covering:

Digital disruption. Sure, it is a bit of a buzzword. But a meaningful one. Whilst ‘disruption’ would usually be considered undesirable in the business world, concepts of digital disruption (sometimes also ‘disruptive innovation’) speak to the idea of changing the status quo so fundamentally that people - both businesses and consumers - have to completely reevaluate their assumptions, thoughts and behaviours.

We’ve seen it, of course, with the internet first and foremost - where there was a social change to the way we communicated that was so profound that it impacted nearly every aspect of our private and professional lives.

Mobile phones were the next big shift; again, something that goes beyond becoming a mere product that we use (like, say a blender) and instead becoming something that produces revolutionary social, economic, psychological or cultural change.

Check out: Techniques to improve donor engagement and increase fundraising

Why it matters for the nonprofit sector

This one’s pretty simply really. Non-profits need to be paying attention to any major development occurring in the wider world - be it social, cultural or economic. And increasingly, they need to mirror the practices and standards of corporate entities, even when their underpinning goal and structure is different to that of for-profit organisations.

Charities no longer have the luxury of operating on their own, more forgiving terms; they need to be as professional, organised, accountable and innovative as their capitalist counterparts, because like it or not, they’re operating within the same space, and often competing for the same resources and audience attention. This is one of the major challenges that faces fundraisers.

And to tackle it, they need to stay abreast of the latest developments to ensure they are always achieving fundraising targets.

Essentially, Blockchain is a way of collecting information together in groups, and then encrypting it in a way that is dependent on the piece of information that precedes it, and follows it. As such, the record of the information cannot be duplicated or falsified.

It also holds a lot of benefits for decentralising the place that the information is held. This has the capacity to make for a very secure, very egalitarian method for managing data; particularly useful for financial transactions. Blockchain is the basis of cryptocurrencies, and taken together, all this is a potential digital disruption that could engender significant social and economic change.

NFTs are a once in a lifetime opportunity for social enterprises to not only generate new revenue streams, but also to connect to their supporter base in ways never before seen.

We’ve previously talked about the value of blockchain for non-profits, but here we’re going to talk about the rising impact of a small corner of the wider Blockchain world - NFTs. However, before we tackle what these are and why they’re relevant, it’s important to understand a little bit of the psychology and culture of the digital world.

Initially, the birth of the internet was seen as a democratisation of knowledge, and for a long time that was true. Information, content and media were available to everybody (often using methods of questionable legality). With limitless content contributed by a limitless number of people, it seemed crazy that anybody would ever pay for anything again.

But the fact is, limitless content is not the same as good content - and good content costs money to create: that’s simply the nature of market forces in a capitalist society. Resultantly, the relatively short-lived notion of an egalitarian, anti-capitalist online utopia passed, and we returned to a position of accepting the costs associated with content creation, and the idea that content creators should be compensated or rewarded. Paywalls, subscription models and traditional advertising all became accepted components of the internet.

Of course, the replicability of content online was still a problem - you can still pirate stream a film or copy and paste a news article - and though digital rights protection mechanisms have become increasingly sophisticated, this seems to be a problem that will never fully disappear. This is potentially a real problem for those who want to create new digital content - there’s little incentive to create when it will be mere hours before people are accessing your hard work for free.

But whilst this seems like a unique peculiarity of the digital world, in actuality, we’re quite familiar with infinite replicability remaining compatible with innate, maintained value in the original. In the offline world, people will pay millions for the original Monet even though they could download a high-quality reproduction file for free. This is because there still exists a mindset of both fair-compensation, and the innate pleasure, security and status of ownership.

One in a million can still be one of a million

It’s here that the concept of NFTs needs to be introduced.

NFT stands for ‘non fungible token’. By ‘non fungible’, it means it’s non-exchangeable on a like-for-like basis. Swap a dollar for a dollar, and you still have the same thing. Swap a Monet for a Picasso, and you may still have a painting of equal worth, but you have something entirely different.

NFTs are essentially a way to create a digital concept of ‘unique ownership’. They’re applied frequently in the field of digital art - hence the famous painter analogies - but they actually have application across all kinds of fields and data types. And as we identified above, they’re stored using the same technology that underpins cryptocurrencies: blockchain.

But that concept of irreplaceability does become a little confusing. It’s not that the image (or content in general) of these NFTs can’t be replicated: a number of famous memes have recently been sold as multi-million dollar NFTs, but you’ll still find copies of them all over the internet. Instead, they’ve been sold as the concept of owning a small part of history.

Whilst that might seem a hard idea to get your head around - in reality it is no different to our previous offline examples: lots of people have Monet reproductions hanging on their walls, but there is still only one original and the existence of others doesn’t stop it selling for millions. That’s because it’s all about the concept of ownership, rather than the thing itself. 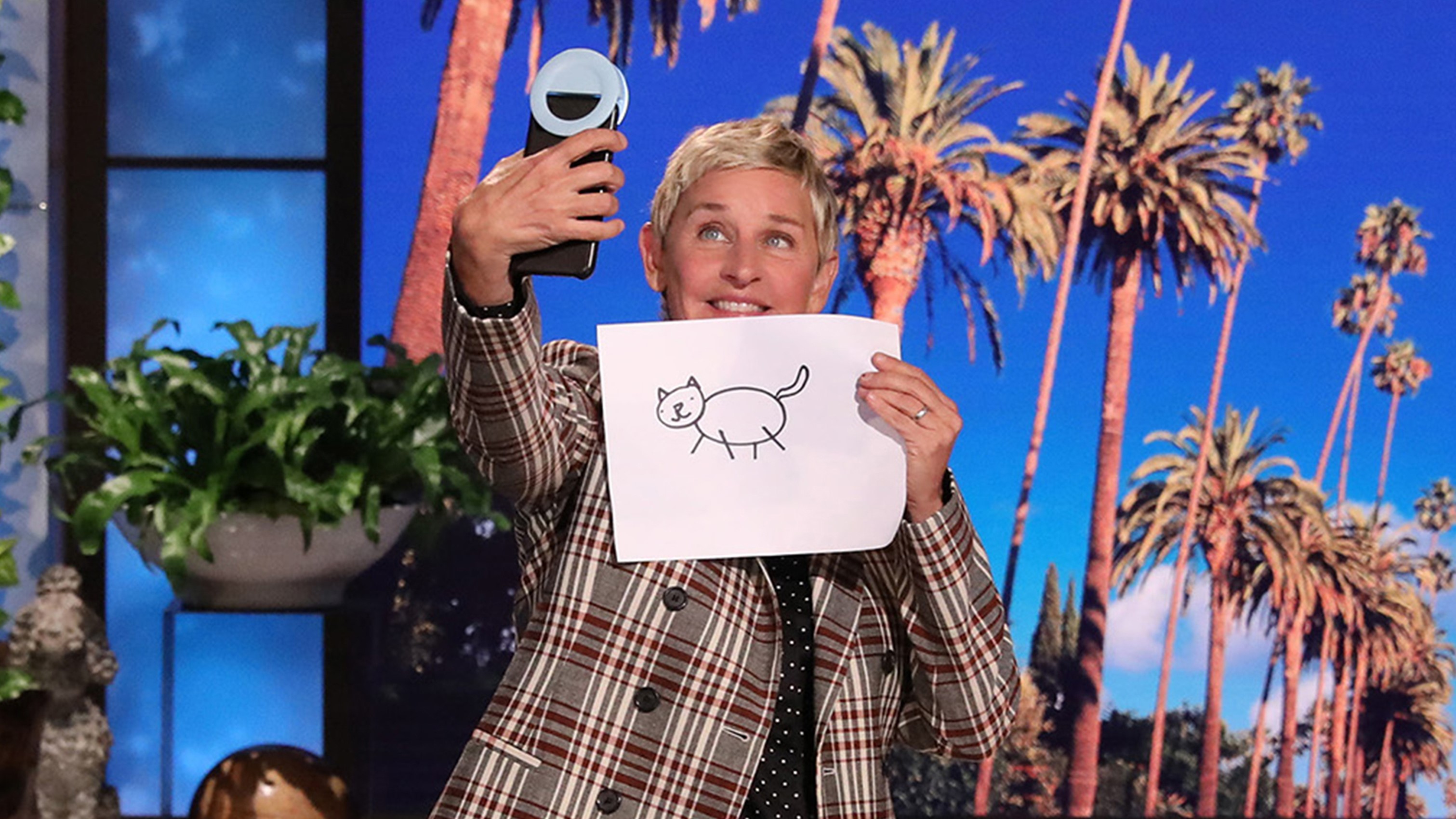 Applying NFTs in the nonprofit world

We’ve already talked here about how the use of cryptocurrency can improve the accountability, relevance and security of a non-profit’s activities. But what about cryptocurrency’s little brother: NFTs?

There are three main ways:

The first is to use them as a secure ledger of action - granting a kind of digital validation of the impact that’s being created. This is represented through text and images with geolocations and other verifiable data, resulting in a piece of content that can then be published on an impact marketplace.

Whether it is the number of animals rescued, trees planted, or food distributed, it’s the ideal way to provide donors an opportunity to invest in verified impact - an investment marketplace where donors can purchase impact as a digitalised tradable asset.

Task - we have been working with a number of social enterprises in the environmental sector that are creating digital assets representing carbon removal which can be purchased as offsets. One project The Biochar Trust, are helping to reduce air pollution whist also improving the livelihoods of farming communities in the developing world.

In this sense then, NFTs represent an accountability tool. But they can also be an incentivisation tool. Because NFTs represent ‘unique ownership’, they can be created as awards or medals that are bestowed on donors and/volunteers. The value of these elements is largely incidental; the aim is not to give something that contributors can financially benefit from (though with the way the NFT marketing is developing, who knows what value they might accrue…).

Instead, the aim is to give recognition and appreciation in a way that feels more tangible (as well as contemporary and relevant) than a mere thank you email. This is crucial: a significant body of research suggests that this idea of reciprocity and thanks through gifts - even virtual ones - stimulates further charitable giving.

And then finally, there’s the use of third-party created NFTs that become donated items, from which a charity can leverage fundraising value. NFTs make it very easy for celebrities to contribute a unique and collectible item with very little effort - something that can be sold to the highest bidder.

If you’re wondering just how much money the mere idea of digital ownership could possibly generate, bear in mind that American Digital Artist Beeple, created a charity artwork NFT that fetched $6 million at auction. Ellen DeGeneres has done the same for her favourite charity too - and it’s a trend that is likely to snowball.

Alternatively, issuing multiple, lower cost collectors NFTs can be a way to effectively raise something from nothing, in a way that generates smaller sums from a greater number of (non-multi-millionaire) people; think the equivalent of a limited edition run of collector’s mugs.

Are you ready to take the plunge?

The truth is, the concept of NFTs can be hard to get your head round: assigning astronomical value to the concept of owning something - even when that ownership doesn’t really give you exclusive use - can seem a little dubious, if not downright crazy. But the fact is, NFTs are making significant waves across all markets, and the non-profit sector is no exception. Because, ultimately, the benefits that can be realised from these virtual assets are very real indeed.

Would you like to learn how NFTs can help you raise additional funds for your nonprofit? Task can help you build a plan and start reaching new donors today.

What we'll be covering in this article: