Climate-smart agriculture and the path to 2030

November is upon us and it's COP26. It's a critical summit for global climate action and this years event is arguably the most important to date, with attending governments being encouraged to submit new targets that will limit global warming to ‘well below’ 2 degrees, preferably 1.5.

In this blog post we look at one of the biggest contributors, agriculture, to understand what's being done to negate the problem.

There has for a long time been a seeming paradox in the world; the idea that one half of the planet suffers from epidemic-like proportions of obesity-related illness and death, whilst the other half lives in enduring food poverty.

And the paradoxes don’t stop there. There’s also the concerning issue that whilst crop yields continue to be negatively impacted by rapidly changing climate conditions, agricultural farming continues to be one of the biggest contributors to that very same change.

The reality is, these apparent paradoxes exist because the realm of global nutrition is incredibly complex, comprising of interdependent biological, meteorological, ecologic, economic, social and cultural cycles which within themselves contain multifaceted challenges and competing priorities.

It’s these complexities that ‘Smart Agriculture’ aims to address - at least in part. But what is Smart Agri? Often referred to as DAR (Digital Agricultural Revolution), Smart or Digital Agriculture refers to the use of technology to collect, store, analyse and share data that pertains to agriculture along every part of the value chain.

This is done using technology from the (literal) ground up; soil sensors, tracking systems, imaging and automated machinery all create usable data, and then wider information and communications systems combine with elements such as cloud computing and machine learning to create usable insight that can guide decision making and collaboration across geographies, markets and stakeholders.

So what’s the benefit of bringing technology to a field (ha) of human endeavour that has existed for millenia? Essentially - the idea that knowledge is power. The more clear and accurate a picture that can be obtained of global farming and food consumption, the more effective and joined up the decision making process.

This extends far beyond the actions of individual farmers, it goes all the way up. At the micro-level it provides tools to analyse the best location and rotations of crops based on analysis of conditions and yields, maximises equipment use efficiency by creating resource-sharing apps (a ‘Tractor Uber’, if you will), and provides knowledge-sharing networks to improve the ability of practitioners and allow them to share best-practice ideas. In the various studies which have examined the impact of these initiatives on productivity, improvements fell within the 10% range.

A level above this comes market considerations. Data sharing and technology use can have a huge impact here: it matches buyers and sellers more effectively, it reduces transaction costs and perhaps most significantly, it democratises information - reducing information asymmetry in markets which can lead to inefficient and often exploitative market conditions.

This idea of addressing information asymmetry is vital in terms of encouraging small and independent farmers or communities - whose contributions to the food chain can help to increase resilience and equity. In addition, across markets, the level of traceability and accountability that Smart Agriculture gives consumers is vital to increasing consumer trust in the food chain, and important for encouraging more active, considered consumption from shoppers who are able to understand the farm-to-fork nature of the food journey more completely.

From individual decision making on the level of farmers and consumers, to state-level policy-setting, to shaping pan-global NGO practices, the use of smart agriculture has the potential to significantly impact the efficiency, efficacy, equity and sustainability of global food provision - and at the most crucial level, make sure that everybody has access their basic nutritional needs on a daily basis.

Whilst Smart Agriculture applications can be broken up by tier of operation (as they have been in the examples outlined above) they can also be broken up according to the specific sub-issue or niche that they target.

One arena that has received the most attention is that of climate-related Smart Agriculture (CAS). This is where technology, data and analysis are focused particularly on the interrelationship between agriculture and climate. As was identified in the outset of this article, this is a bi-directional relationship: climate issues have a bearing on agriculture - the way it can be practiced and the yields it can sustainably generate, but at the same time, agricultural practice has a significant bearing on climate change, with intensive land use and CO2 outputs from livestock constituting just two of many significant environmental threats.

Climate related Smart Agriculture focuses a lot, unsurprisingly, on the monitoring and measurement of greenhouse gas outputs, and seeks to undertake environmental modelling in order to project future outcomes based on current and hypothetical practices.

The truth is: the natural world is changing. And we are totally dependent on that world. It provides our food, water and air. It is the most precious thing we have and we need to defend it.

Because there has been such ready recognition of the benefits that Smart Agriculture can bring to the food supply chain, it has become a significant component of a number of global strategies - particularly those that intersect with the realm of climate change.

They have published an entire guide to the role that Climate-Smart Agriculture has to play in contributing to these goals, and implementing CSA is one of the 11 Corporate Areas for Resource Mobilization under the FAO’s (i.e the Food and Agriculture branch of the UN) Strategic Objectives.

And this subject is particularly relevant right now, because the UN will be holding their Climate Change Conference from the 31st of October until the 12th of November, in the UK. Their four goals focus around the concepts of mitigation, adaptation, finance and collaboration, and as usual, the Paris Agreement will be a central point of focus - which the UN identifies as critically bound up with the idea of CSA.

Increase productivity - leveraging higher yields and more efficient cycles, particularly for the benefit of segments of society where there is high reliance on agricultural income.

Enhance resilience - creating greater stability and lowering risk, uncertainty, and disruption, particularly by means of tackling the impact that climate, pests and disease have on crop outputs.

Reducing emissions - limiting the amount of carbon that enters the system as a result of agricultural practices and associated transportation, whilst also ensuring that deforestation is avoided.

How can we make it happen?

The central take-away from all of the major NGO reports on Smart Agriculture is that it is going to take a significant, collaborative effort to implement on a meaningful scale, because the whole point of it is not about individual data points, but about achieving an inter-connected understanding of the complex interactions, inter-dependencies and knock-on impacts that occur on a global scale. So whilst technological progression might be the facilitator of the Smart revolution, as with many things, it will ultimately come down to people and politics.

Well, people, politics and money, of course. It’s no accident that finance is one of the four key areas of focus at the upcoming UN conference.

What we’re particularly interested about at TASK is the role that Blockchain has to play; indeed, it’s a focus that we apply broadly to all areas of charitable and non-governmental operation, because we think it may have a potentially revolutionary impact on the way things are done, and the success and efficiency with which they’re achieved.

For instance, we’ve already seen its impact here, where tokens of positive action can be created (and then bought and traded as an action of carbon offset) to encourage beneficial action; in this particular case, the adoption of smokeless Biochar creation in Thailand.

There have been a number of studies and reports from NGOs (including the aforementioned FOA). Their predictions for the potential of Blockchain’s impact are anything but modest:

Blockchain has the potential to ‘increase efficiency, transparency and traceability in agricultural supply chains and improve rural development interventions; as well as be an impetus to achieve the SDGs. It can help to promote more sustainable agriculture supply chains, better facilitate trade and provide a more inclusive trading system. Blockchain can act as a powerful engine for economic growth, inclusive trade and provide new market opportunities for micro, small and medium-sized enterprises (MSMEs).

But of course, the central issue is that it is still - despite incredible growth and increasingly mainstream recognition - a technology in its relative infancy, and there is often a lack of literature and research into its applications in specific fields; in this case, the realm of Smart Agriculture

That’s why Task will be monitoring the progress of the UN Summit with great interest. We strongly believe in the potential application of Blockchain in the field of Smart Agriculture, and whilst we will be championing it from the ground up, we’ll also be looking to international organisations such as the UN to support grassroots initiatives with collaborative research, financing and incentivisation.

Are you involved climate-smart agriculture and would like to explore new ways that can technology can support your scale? Get in touch and let's chat in more detail. 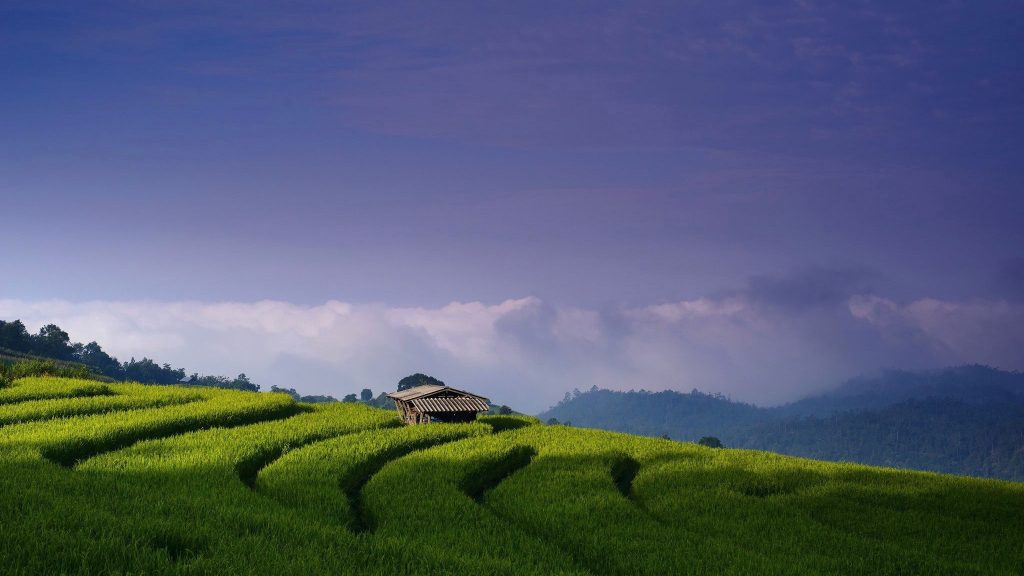